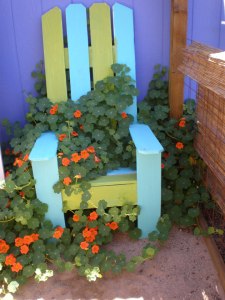 The throne in one of it’s many incarnations.

It has since moved to the way back with quite a few of those nasturtiums still draped around it like some drunk and demented shawl.

Did I say I wouldn’t plant anymore tulips? Well that’s just crazy. They finally did show up and they were spectacular. They last forever and a couple of days and one single solitary blossom in a bud vase looks like a Brazilan dollars. 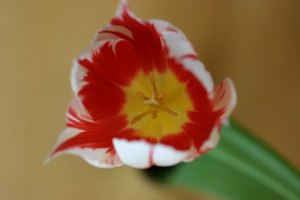 I will be planting more of those.

In the front garden 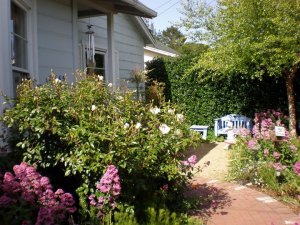 Jupiter’s Beard is everywhere around this one giant Iceberg Rose. Like ballerina’s dancing in pink tutus around the star of the show. The Hydrangea cutting I planted more than a year ago is still there tucked away in the corner. She looks timid right now but I’m counting on her growing big and blowzy some day. 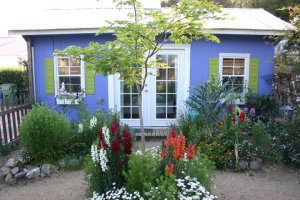 garden. The Love in a Mist on the left there opened their blooms from one day to the next. There will be enough seed to cover the hillside and beyond.
The artichoke was crawling with bugs until I sprayed it with Neem oil. It doesn’t work so quickly with the black spot on the roses or the ants on the Abutilon.

now has a horse shoe bed surrounding it with the opening facing the Lair. We planted Lavenders, grasses, Poppies, Larkspur and Bacopa. Probably too much for such a small area but if it’s worth doing, it’s worth overdoing.
And that is the story of our garden.